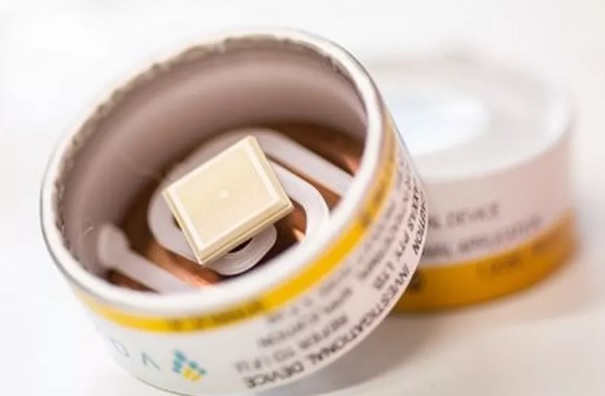 The technology was developed by Australian laboratory Vaxxas. (Photo: Disclosure/University of Queensland)

A needleless vaccine, applied through a patch, can fight the latest variants of Sars-CoV-2, the virus that causes covid, more effectively than the injectable model, shows a study published in the scientific journal Vaccine. The analysis was carried out by researchers from the University of Queensland in partnership with the biotechnology laboratory Vaxxas, both in Australia.

“The high-density microarray patch is a platform that delivers the vaccine precisely to layers of the skin, which are rich in immune cells. (In the study), we found that vaccination using a patch was about 11 times more effective in controlling the omicron variant compared to the same vaccine given using a needle,” says university researcher Christopher McMillan in a statement.

The immunizer, called Hexapro, was developed by the Vaxxas laboratory with protein subunit technology to activate the body’s immune response against covid. This method uses a piece of the coronavirus’ Spike protein, a region the pathogen uses to attach to cells. Upon contact with this fragment, the immune system begins to produce antibodies and defense cells, which will be ready to fight the virus for real in the future.

The Vaxxas vaccine was specifically developed to be applied to the body with the new patch modality. These are thousands of micro-projections which, in contact with the skin, release the immunizing agent in the body. However, in the recently published study, they assessed whether this immune response to the Hexapro formulation is actually greater with the patch, compared to an injection of the same vaccine.

The results showed that, when applied with the adhesive technology, the immunizer is more effective, inducing an 11 times higher production of neutralizing antibodies against the δmicron variant. In the research, mice were used, which received two doses of the vaccine with an interval of three weeks between them. However, the researchers say that in tests with other immunization formulations, the same benefit from the patch was observed.

David Muller, also a researcher at the University of Queensland, explains that this is an important finding, since the current strain of the coronavirus has more than 30 mutations compared to the previous one, which promotes reinfection and escapes immunity.

“The patches are not only more effective against emerging variants, they are also much easier to administer than needle-based vaccines. But it is important to emphasize that existing vaccines remain an effective means of combating serious forms of the disease, and this is not the time to let our guard down.

For Vaxxas CEO David Hoey, this is further proof that new technology can help countries deal more effectively with health emergencies, both with covid and other illnesses that may arise. He says the lab is expanding the immunizer’s manufacturing capabilities and preparing to conduct large-scale clinical trials, which can prove its effectiveness in humans and make regulatory agency approval a reality more. close.