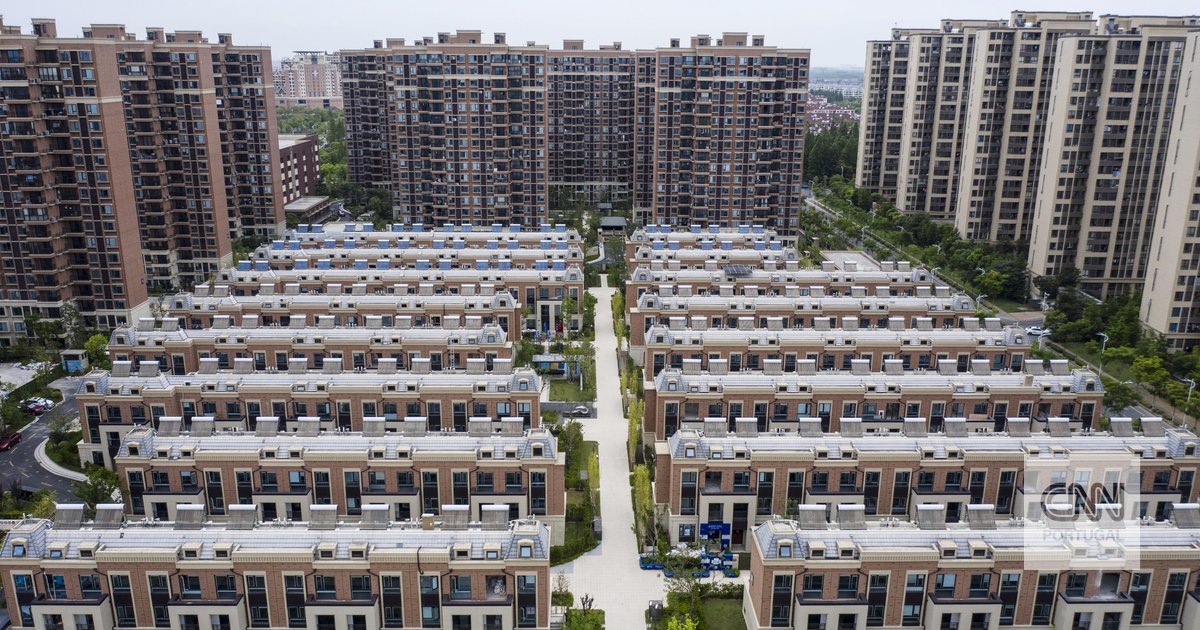 Desperate home buyers in dozens of cities are refusing to pay mortgages on unfinished homes, according to reports from state media and international bank economists.

In China, real estate companies can sell houses before they are finished, and customers must start paying mortgages before they own the property. These funds are used to finance construction.

The payments boycott comes as a growing number of projects have been postponed or stalled due to a liquidity crunch that led giant Evergrande to default on debt last year and caused several other companies to quit. protect against their creditors. House prices are also falling, meaning buyers may end up with a property that is now worth less than they agreed to pay.

Analysts fear a boycott of payments among homebuyers could lead to more homebuilder defaults, putting further pressure on Chinese banks as the world’s second-largest economy struggles to recover from a related sharp slowdown. to covid.

“Presales are the most common way to sell homes in China, so there’s a lot at stake,” Nomura analysts said in a report.

At least seven major lenders, including the Industrial and Commercial Bank of China (IDCBF), China Construction Bank (CICHF) and Agricultural Bank of China (ACGBF), have recently said they believe the risks are manageable, adding that they pay attention to the situation.

According to various state media reports and data compiled by the Shanghai-based investigation firm Real Estate Information Society of China (CRIC), buyers in 18 provinces and 47 cities stopped making payments at the end of the month of June.

Tianmu News, a state-owned digital media outlet, said buyers of 100 or more unfinished projects jointly announced that they would not pay off their mortgages. These projects are spread across central, southern and eastern China. A media report estimates that 46,000 buyers are involved in just 14 of these projects.

“The number continues to grow,” the Tianmu report said, citing statistics obtained from some buyers.

Nomura analysts estimate that builders only delivered about 60% of the homes they sold between 2013 and 2020, while outstanding mortgages in China increased by 26.3 billion yuan (3 $.9 billion) over the same period.

Experts say the problems have been simmering for some time and could lead to financial and social disruption.

Citi analysts said the boycott could increase China’s banks’ bad debts by $83 billion and cause social unrest at a time when the country is already facing growing protests over the financial deterioration of small rural banks.

ANZ China economist Betty Wang believes the scale of the problem is much greater. It estimates that 1.5 billion yuan ($223 billion) in mortgage loans, or 4% of banks’ total outstanding mortgage loans, could be affected by the move.

“What concerns us is that if more homebuyers don’t pay, the spreading trend will not only threaten the health of the financial system, but also create social problems in this economic crisis,” she wrote. in a report.

New home prices in 70 cities fell for the ninth consecutive month in May, according to recent data from the National Institute of Statistics. Home sales also fell as buyers pulled out of the market amid growing uncertainty about their jobs and incomes.

The problems in China’s real estate sector began in 2020, when Beijing began to tighten the seat of easy credit for homebuilders, leading to a liquidity crisis for many of these big companies.

Evergrande, the nation’s most indebted real estate company, was labeled defaulter last fall and is undergoing a debt restructuring. The construction company still has numerous real estate projects across the country that are yet to be completed, according to company records.

The real estate sector represents up to 30% of China’s GDP.

According to the Tianmu report, buyers of an Evergrande project in Jingdezhen, Jiangxi province are behind the current payment dispute.

“Evergrande’s Longting project in Jingdezhen is expected to fully resume work by October 20, 2022,” they wrote in a June 30 open letter, posted online and widely reported by media. “Otherwise, all homeowners who have defaulted on their loans will default on their mortgages,” the letter read, adding that any losses must be borne by banks, local governments and the developer.

in an editorialthe state’s Securities Times warned that if more buyers put mortgage payments on hold, the housing market could take another hit and the financial system could suffer a systemic crisis.

“We need to be aware of the risk that suspending payments for unfinished properties spreads,” the newspaper said.

Homebuyers are “the most innocent” because they are desperate and have no way out, he said. But if the problem is not solved, it will cause more damage.

“Although financial institutions have properties as collateral, undelivered projects can only turn into bad debts. When bad debts increase, it can lead to systemic financial risks,” he added.