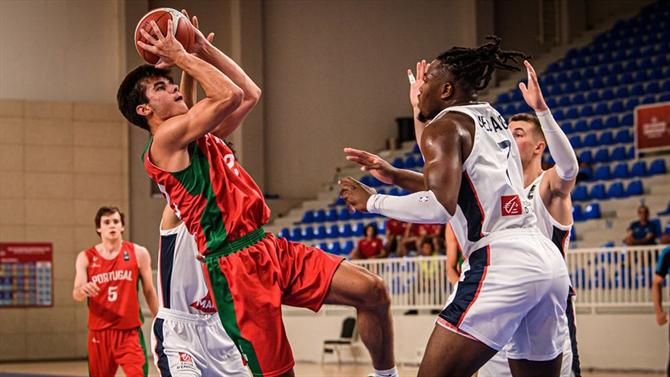 A 41-54 defeat against France (27-28 at half-time), in the round of 16, dictated this Wednesday the elimination of the national men’s basketball team under 20 from the championship. respective Europe, contested in Podgorica (Montenegro).

Despite the defeat and the elimination, strong points, in Selection, for the performances of Rúben Prey (10 points, 10 rebounds) and André Cruz, with 17 points and 10 rebounds obtained.

Farewell to the competition, Portugal left behind the scoreboard: the French reached a tenth of a point lead in the first period and the Seleção managed, in the second period, and at best, to regain a point at rival, 20 -21 and 27-28.

But the second part of France dictated laws and in the end recorded the 13 points of advantage expressed in the final score, with the note, all the same, for the meager handful of points from Portugal in the fourth and last period: five . Yvan Quedraogo was cited as the figure for France against Portugal scored 12 points, gained 12 rebounds.