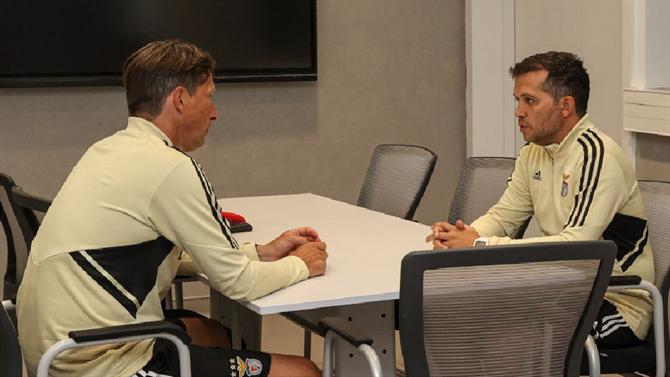 Benfica’s new coach Roger Schmidt wants to strengthen the ties between the first team and the secondary side of the eagles. In this sense, the 55-year-old German coach met this Thursday Luís Castro, helmsman of the B team.

The two coaches discussed the relationship between the two teams and the working dynamics that will result from it, in order to better integrate youth values ​​into the main team. This is also a strategy implemented internally by Rui Costa, president of Benfica.

It is recalled that at the start of the season Schmidt had several youngsters in the Benfica squad, including Henrique Araújo, António Silva, Tomás Araújo, André Gomes, Martim Neto and Diego Moreira.