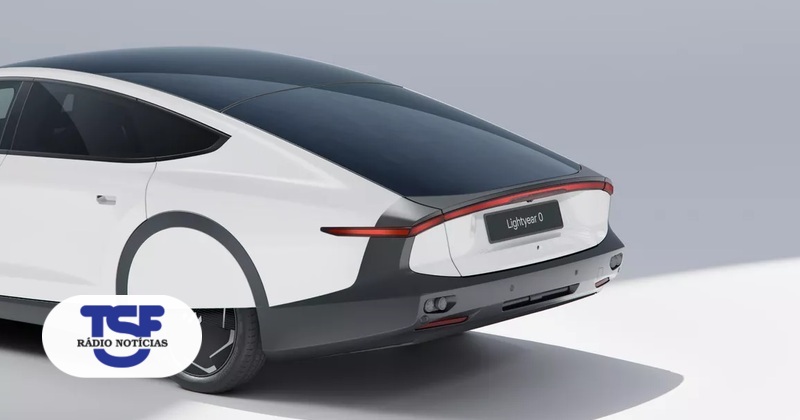 The Dutch company Lightyear has announced that it will start manufacturing the world’s first car equipped with solar panels this fall. It will be called “Lightyear 0” (zero) and will have curved solar panels on the roof, bonnet and trunk to recharge the electric battery when the vehicle is in motion or stationary. The first delivery in Europe could take place as early as November.

The company says the car will be able to travel about 388 miles (about 624 kilometers) without stopping to recharge and will have an additional range of up to 44 miles (about 70 kilometers) per day from solar panels. For comparison, it is a little longer than a Tesla Model 3 (601 km) and significantly longer than the Kia Niro Long Range (458 km).

Each hour in the sun will add up to six miles (nearly nine kilometers) of charge to the battery. The solar autonomy will not only provide several kilometers of additional power for long journeys, but also less time at the charging stations. The company claims that in a hot place like Spain or Portugal, if the daily commute is less than 35 kilometers, there will be no need to charge the car for seven months. In a colder climate, such as the Netherlands, the car will need to be recharged after two months.

The company’s CEO and co-founder, Lex Hoefsloot, says: quoted by CNN, that this vehicle is capable of doing more with a smaller battery. “The propulsion system is the most efficient in the world,” he says, adding that the car’s aerodynamic shape and four-wheel motors allow a smaller battery to provide the same range.

But what does that mean? “The whole car is lighter,” says Hoefsloot. “We got into this positive feedback loop where everything can get lighter too. That’s how we managed to get to 1575kg. If you look at other cars that offer similar range, they’re all around 40% heavier.”

Although the whole concept of the “Lightyear 0” is based on improving efficiency and reducing charging time, its top speed is only 100 mph (about 160 km/h), reaching it in ten seconds.

946 launch models are planned. A copy will cost about 250 thousand euros. By 2025, the company still hopes to launch a “popular model”, tentatively called “Lightyear Two”, which can be sold for 31,000 euros.

There are other companies developing cars with solar panels, but none are ready to enter the market yet.