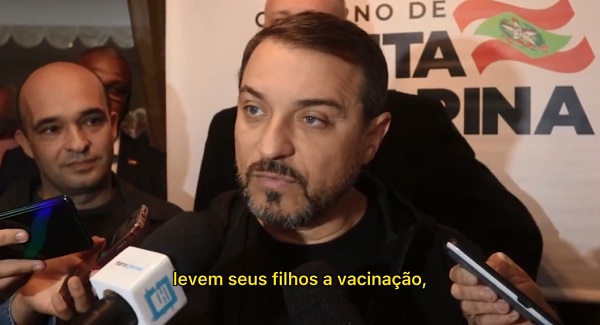 The governor of Santa Catarina, Carlos Moisés da Silva, again called on the population to seek the vaccines against respiratory diseases available in the health system. State Chief Exectuvio pointed out that data from the State Department of Health indicates that the high rate of hospitalizations is directly linked to low immunization coverage among children, adults and the elderly.

Influenza vaccination coverage is 52% in priority groups, but has reached over 90% in previous years. A total of 1,298,792 doses have been applied through Friday the 10th.

There is also a reduction in vaccine research against Covid-19. Currently, more than 5.8 million people in Santa Catarina have completed the primary vaccination, which is equivalent to 86.1% of the vaccinated population. However, only 47.1% of the population over the age of 18 received the booster dose, which has been released to this audience since November 20, 2021.

The main warning concerns the population over 50 years old. According to data from the Covid-19 epidemiological bulletin, of the 77 deaths from Covid in May this year, 71 of them (92%) were people in this age group. In this population, the two-dose or single-dose primary regimen achieved 98.2%, but first booster coverage was 66.5%. In addition, since last week, a second booster dose is recommended for greater protection of this target audience, and less than 10% of able-bodied people have already received it.