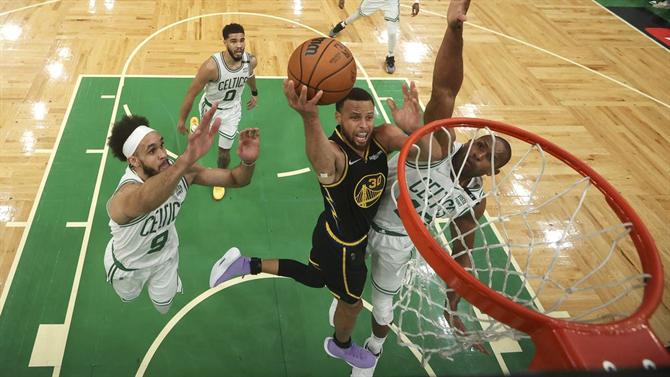 All tied in the NBA Finals. The Golden State Warriors won the fourth game of the final against the Celtics in Boston and tied the championship final (2-2).

The Warriors took advantage of a superb Steph Curry (43 points) to win 107-97 and now win the final in San Francisco.

Curry then shone in Boston with a double-double of 43 points and 10 rebounds. The Warriors pulled off an impressive finish and posted a 17-point streak to the Celtics’ 3 in the final 5 minutes. Of these, 10 were from Curry. Closer to him than Klay Thompson, with 18 points.

See every bucket of @Stephen Curry43 point performance in Game 4 to tie #NBAFinals at 2-2! pic.twitter.com/IQCxIEqWcm

For the Celtics, Jayson Tatum scored a double-double with 23 points and 11 rebounds; Jaylen Brown had 21 points.

The fifth game of the final takes place on Monday in San Francisco, and the sixth is scheduled for Thursday in Boston. If necessary, the seventh will be held in California on June 19.