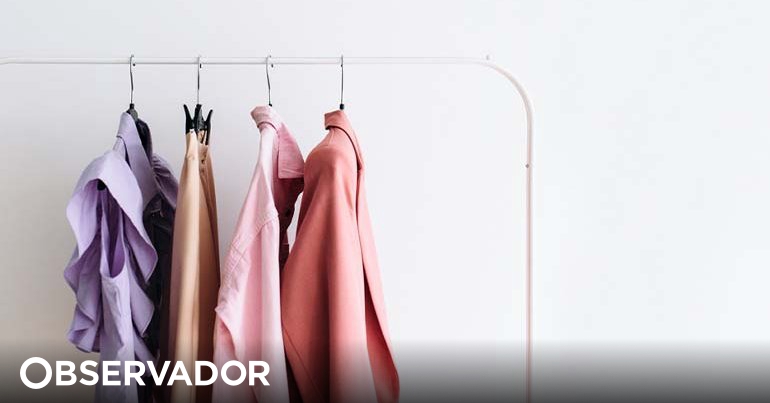 “A few days later I went to a welcome party where the co-founder of Vinted was, it was two in the morning and he was talking about my addiction.” Fruit of this conversation? They decided to create a digital platform where people could do To download what they want to sell. It took two weeks to see his entire closet online, ready to be emptied. “It’s been a success since our launch. Every ten minutes things were growing. What we did was email my friends asking them to spread the word. In two hours, everyone started calling us, asking for interviews, ”he explained in this intervention.

In two years, Milda managed to keep her original job, combining it with this pastime after work, on a voluntary basis. It was only later that they realized they could embark on a global project. When the phone rang and a big, interested investor answered on the other end, everything headed towards this expansion scenario. “We have decided to take the plunge”. Arrived in 2021, “we continue our mission to make second-hand fashion the first choice worldwide”, guarantees the public relations manager for Southern Europe. “We plan to expand into new markets in Europe and are continually working on our product and offering to make it even easier to use and access for our members.” Eleonora Porta also recalls that Vinted recently launched a new donation feature across all of its marketplaces, which provides easy ways for the community to donate and support the humanitarian effort in Ukraine, which has raised over 800 000 € of donations, for example.

Like the founder Milda, for Rita the question of Vinted, available for Android and IOS, has become a safe assumption in the face of a moving scenario. “When I packed the clothes to take to the new apartment, I realized I had too many. During a move, I found many pieces that I no longer wore and that were in good condition., so I decided to give Vinted a try to make some extra money and save some drawer space. Some friends have already used the app and had good experiences, so I decided to give it a try. The relationship with the app dates back to February. He started out using it exclusively for sale, for about two months he didn’t even see what was available for purchase. “Until the day I took a look and never stopped, the supply is huge and, in fact, with patience, we found some pieces that are worth it”, he points out, admitting that the relationship can become very addictive and that he has already thought about “deleting” the application. “However, I bought a dress which turns out to be giant. I went crazy. And a jacket which I hope will come in the right size.

At least twice a week, she explores new arrivals, researches brands she loves, and follows size and status filters to ensure the best-fitting pieces appear quickly. “I do a very targeted search, so as not to get lost and not be distracted by pieces that are very cheap, but which, in fact, are not very different from what I already have. I use Vinted like vintage stores, I look for different pieces at good prices and pieces from good brands in good condition and at a more affordable price.”

The process, he says, is simple, qualifying users to understand whether they are reliable sellers, but there are also those who are slow to respond, are too exhaustive in the questions before buying, present poor quality photos, or are worried with values ​​so low that the compensation drops a lot. “Sometimes it is not easy to sell clothes, because the truth is that we have to move to deliver the package, which is also purchased by the seller. If the part costs two euros, it does not make up for lost time. And sometimes the cards don’t work,” Rita adds, recalling the episode where she ended up buying a piece that wasn’t on the show. “My card didn’t work in the app, I had already tried to buy pants five times and it didn’t work, so I thought it didn’t work with any item. The next day I saw a skirt that I thought was interesting and decided to try the card, of course it wouldn’t work, but it worked I bought a piece of clothing by accident, I was lucky that it was something that I loved.

Records, to date, he’s earned around $200 selling and spent $95 on acquisitions. The biggest investment was a vintage Chloé coat, which arrived from France, in packaging that in itself was worth the purchase.. “It came in a huge box full of pom poms inside and with a card that said ‘Thank You’.”

Impulse purchases? Yes, but relatively restrained, he argues, as in the case of the dress that had been favorites for weeks, and which he visited regularly to see if the price dropped. “One morning, out of the blue, I think I was still sleeping, so I opened the app and bought it.” Perhaps in the early hours of the day there is not much lucidity or energy to trade, but there is no shortage of guidance for trading at other times. Rita suggests that the photos be neat, if you want to have more success, and always put the price above the one you want to sell, to have a margin of negotiation. “Before buying, try to make an offer to the buyer, it is usually possible to lower the price of the parts a little,” he advises.

“It’s like a second job,” says Ana, who hasn’t worked up the courage to embark on this multi-step process yet. “I have three bags ready with clothes to ship, but I’m just thinking about what I’m going to have to do…. One day, a friend arrived late at the beach because she spent the day twenty. come? “Yes, to come,” he reinforces. It is a question of saying that the habit does not perhaps make the monk, but at least it is already at the origin of a verb that many good people conjugate permanently, like a part-time activity in labor margin. For the avoidance of doubt, spending the “vintar” day means that this trip will be taken up with the intricacies of Vinted, like sorting drawers, photographing rooms we want to get rid of, packing items, and shipping orders. “She advised me to ask my boyfriend to take pictures of me with my clothes, because it pays more. There must already be relationships that end because of this…“, he jokes.