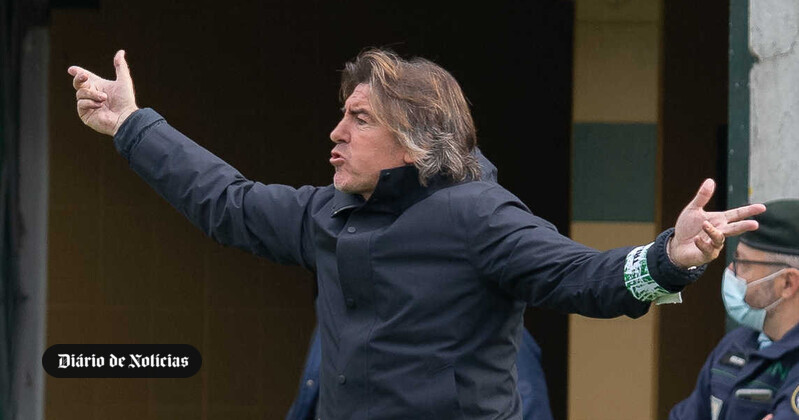 “In the midst of this whole process, of course, it’s not easy for me to be left behind, as a coach and as a team leader. It’s a big injustice. The captain [da GNR] Orlando Mendes was very irresponsible. He had to have superman ears to hear what he said he heard, when it was impossible in the middle of the stadium. I don’t understand the harm and this speed of decision, in the face of images that prove the contrary. I didn’t make any obscene gestures. I didn’t say any obscene words,” the coach told a press conference.

Ricardo Sá Pinto received a 15-day suspension and a fine of 2,805 euros, due to incidents that occurred after the victory against the “neighbor” Vizela (4-1), in the 34th and last round, which, combined with Tondela’s draw with Boavista (2-2), took the Guimarães to the “play-off”.

“I was waiting for someone to say something, but they think it’s perfectly normal when there are very serious cases that take a year to be judged. It can’t happen. Even by my characteristics, everyone everyone knows the total impact I have on the leadership of my team and I feel like I can help them during the game.”

According to the report of the Disciplinary Board (CD) of the Portuguese Football Federation (FPF), which included the testimony of the captain of the GNR, the sanction of the Moreirense coach was justified by “the attack on honor and to reputation and libelous denunciation”.

“This captain is a big liar. The people of the village of Moreira de Cónegos must revolt against this captain, who has jeopardized the success of this club. No one says or says anything, but do you know what will happen? pass? It will be against everything and against everyone. This makes us even stronger and more united and on Sunday we will remain in I Liga”, he coveted.

The report details that after referee Nuno Almeida’s final whistle, Sá Pinto “walked part of the pitch towards the upper north bench, where some of the Vizela supporters were still found”, who saw ” as provocateurs” two gestures and words of the technician.

“There are gestures in the air and I also hugged the supporters. It’s enough to get a coach out of a final, where the success of a team, 11 months of work, a village and thousands of people are at stake. “For the love of God. It’s a revolt that I have inside and it made me very sad. I don’t understand how it happens in football. There should be some sensitivity in this situation,” he said.

The coach’s appeal was rejected by FPF CD hours before the defeat at Chaves (0-2), whose goals from João Teixeira and Cape Verdean João Correia left Guimarães at a disadvantage for the second leg playoffs. ‘.

“At the most, I would even accept receiving a warning for having less assertive and celebrated behavior with the supporters of another team. Now getting two games suspended while they faked Tondela goals all through long game? nervous on the pitch and wondering if there had been a goal from Tondela. As you can imagine, there was a huge flavor at the end and I poured the adrenaline,” he said. he noted.

Moreirense and Desportivo de Chaves define the 18th and last club in the 2022/23 edition of the I Liga on Sunday, at 7:30 p.m., at the Estádio Comendador Joaquim de Almeida Freitas, in Moreira de Cónegos, in a match refereed by António Nobre, of the Leiria association.

The “guns” must win by three goals or, in the worst case, score two and lead the “dam” until the penalty shootout to aim for a 13th presence, and ninth in a row, in the elite, under penalty to repeat the 2004/05 and 2012/13 relegations in League II.