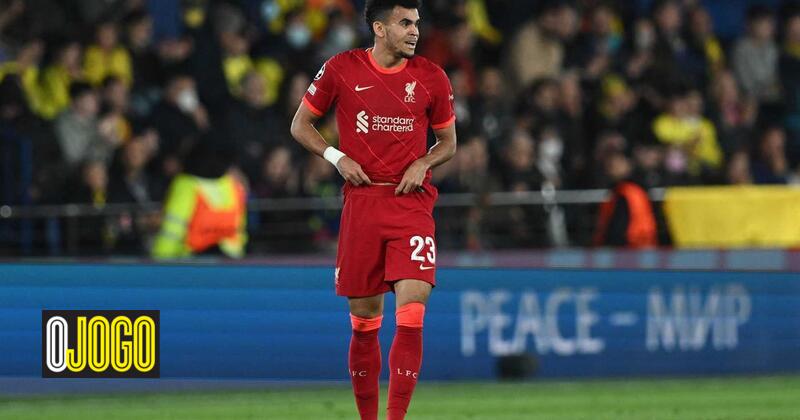 The Dragons hope to raise another €15m with the striker, but the pie won’t get bigger before the end of the season. The Reds pay €1m for each appearance in the Champions League from next season… and until the end of Lucho’s contract (2026/27). A block of 25 games, up to a maximum of five, will only net €1m if the winger plays at least 45′.

The impact and furor that Luis Díaz has caused since his arrival at Liverpool, and which has already motivated some international media to name him as the best transfer of January this season, creates in FC Porto the expectation that the objectives set in the agreement with the English club are reached.

FC Porto. FC Porto continue their preparation for Luz and there are two names in the clinical bulletin

FC Porto. “I don’t think FC Porto will lose six points in two games, it would be unthinkable and a disaster”

Porto players can still add an additional 15 million euros (€m) to the 45 million already raised, bringing the total value of the deal to €60m, but the first tranches of this bonus will only start flowing into SAD’s coffers. only from next season. , contrary to what was reported yesterday.

According to data collected by O JOGO, the collective goals that the “reds” must achieve to pay an extra sum to the blues and whites will only count from 2022/23 and those related to the Colombian’s individual performance are basically impossible to achieve. reach. this season. . But let’s go in parts.

One of the clauses agreed between the parties concerns Liverpool’s qualification for the Champions League. Each time the “reds” guarantee their presence in the group stage until the end of Luis Díaz’s contract, scheduled for 2026/27, FC Porto receives one million euros (total of 5 M€). However, as the Colombian arrived with the Premier League already underway and the Anfield club set out to feature in next year’s competition, the accounting starts from 2022/23. In theory, it will be one of the easiest sums to raise, as Klopp’s side haven’t fallen below the top four since 2015/16.

The remaining €10 million relate to the performance of Luis Díaz. The first, related to use, will not be difficult to achieve either. Especially after the phenomenal start he leads. For each block of 25 matches played by “Guajiro”, FC Porto registers one million, up to a maximum of five.

However, just entering is not enough. For the game meter to advance, the striker will need to play at least 45 minutes. This season has already appeared in a total of 21 for the Reds, but only 14 fit that parameter, so even if he participates in the remaining six, the magic number of 25 will still not be reached in 2021/22.

Finally, according to the Transfermarkt portal, the dragons will allocate one million euros for each block of 15 goals scored by Díaz, again up to a maximum of five. The former FC Porto player still has five seasons to play but, so far, he has only signed a handful.