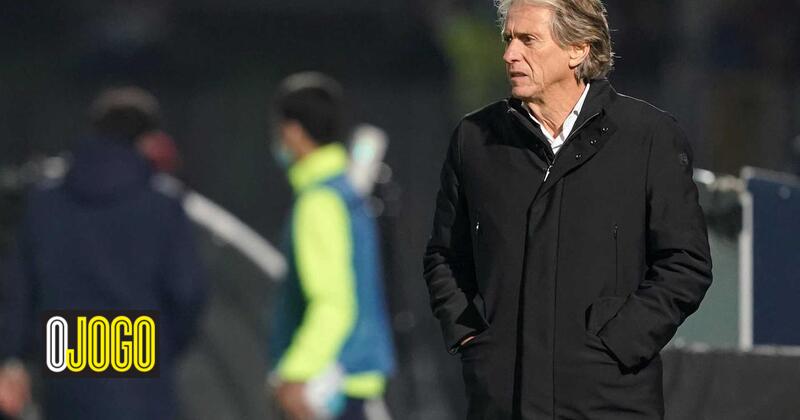 The coach expects to guide the team when Tite leaves, which will happen after the World Cup.

Sacked from Benfica in December, Jorge Jesus is eager to be Brazil’s next manager. The name of the Portuguese coach has been pointed out at Escret for a long time and as long as the possibility, or the idea, is in the air, he will direct all his energies towards it.

Portuguese. “Jesus? There was an approach, but there is no signed contract”

Tite, the current Brazilian coach, is already known, will leave the command of Escrete after the World Cup – he made this decision himself, regardless of what happens with the Qatar team. Moreover, he has been heavily criticized for his options even though the team have assumed leadership of the standings, so there will be a vacancy in a dream chair for many, including Jorge Jesus.

In addition to the selection of Neymar and company, Jesus would however also welcome the return of Flamengo, now guided by another Portuguese coach, Paulo Sousa. Reentering the scene in Brazil through a port he knows well could also serve as a launching pad, if all goes well, to achieve his big goal, which is to lead the canarinha.

Jesus recently said he would continue his career abroad in hopes of returning across the Atlantic Ocean. “I’m sure I’ll come back to Portuguese football, but at the moment my idea is that the next team I’m going to coach will come from outside Portugal. The job offers I’ve had since I left Benfica have been analyzed and rejected because I just want to think about it from May or June”, he explained, on the sidelines of the Forum promoted by the National Association of Football Coaches, on March 22.

Otherwise, financially, he will not have many worries, since he continues to religiously collect the salary, paid by Benfica.

Just conversations in the East

Jorge Jesus was not long at Al Hilal, in fact he even left the club at the end of the season, after losing the championship to Rui Vitória, but he continues to enjoy great popularity in Saudi Arabia . The coach has been in talks with Al-Nassr but at the moment he is not interested in continuing his career in this part of the world. Jorge Jesus is waiting for signs from Brazil.