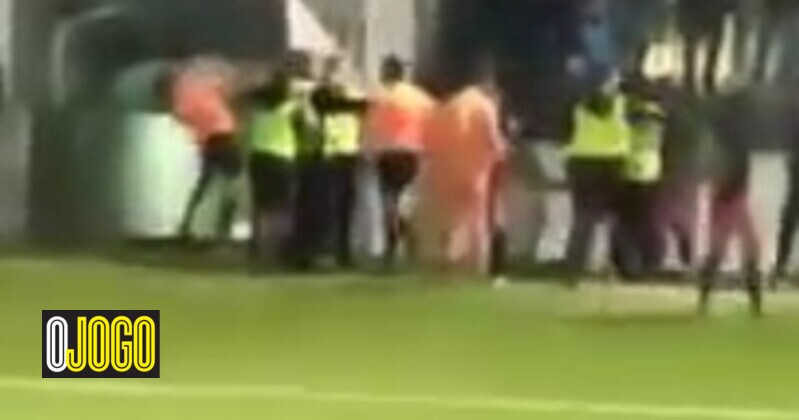 São Lourenço do Douro presented their version of the events of the match with São Pedro da Cova, interrupted due to lack of security conditions.

São Lourenço do Douro published this Thursday a note of clarification regarding the meeting with São Pedro da Cova, of AF Porto Cup, interrupted in the 60th minute after the referee considered that the security conditions were not met .

Unprofessional. Luciano Gonçalves and the attack on a referee at AF Porto: “The animals are still free”

The referee declared the game over and as he walked to the locker room he was punched. “We hereby clarify that yesterday’s match between S. Lourenço do Douro and S. Pedro da Cova was interrupted by an contempt away from our club. We also inform you that due to the impossibility of the police presence in this match, a fact beyond our control. club, the security of the game was carried out according to the directives sent by AF Porto, following exactly to the letter all that was requested with the 4 ADRs “, can we read.

“The referee of the match, due to the threats of the elements of S. Pedro da Cova, decided that the security conditions were not met to continue the match and suspended him and pushed with extreme violence in the stairs. It was only by luck that it did not result in a much greater tragedy,” continues S. Lourenço.

“S. Lourenço do Douro is proud to be a club governed within football and society by principles of good education, camaraderie, solidarity and, above all, by a spirit of fair play, anti- violence and respect for all the people above It is up to all of us to fight for better football, without violence, and that is why we ask that this type of attitude be severely punished and that those people who encourage violence and spoil real football be irradiated once and for all, ”he concludes.