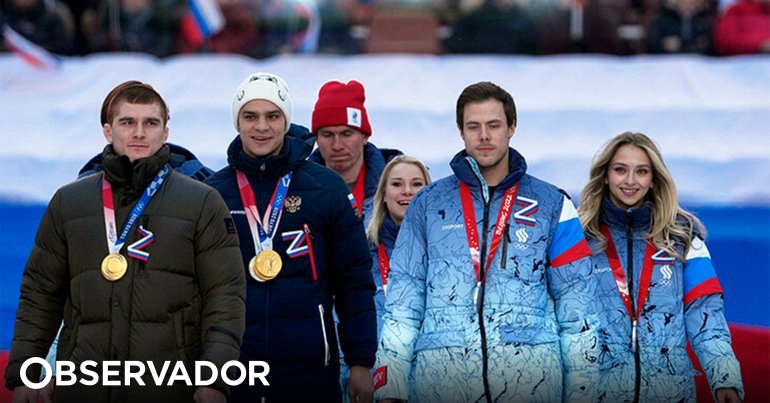 Evgeny Rylov arrived in Tokyo for the Games with the Russian national record in the 100 meters and the European record in the 200 meters. As a back specialist, he faces head-on and with particular motivation what will be his greatest sporting challenge. He did it: in the 100m, he won the gold medal by beating the European record; in the 200m, he also won and broke the best Olympic record. 25 years later, a Russian swimmer has broken the curse of Olympic triumphs. More than that, he did it on this sacred ground for the USA, which for 12 editions have always won. However, while the entire delegation of the Russian Olympic Committee was celebrating, the Americans threw harsh criticism at the athlete.

I asked ???????? Ryan Murphy, who just won the silver medal in the 200 behind the Russian Evgeny Rylov, expressed his concerns about the doping of his opponents.

“I’m swimming in a race that’s probably not clean,” he said. Full quote below ⬇️ pic.twitter.com/Z264TV9vyq

“What did I think of the whole situation?” Well, I had 15 thoughts, 13 of which were going to get me in trouble… That’s what it is. I try not to get caught up in that. It’s a mental shock after the year I’ve been through to think I’m in a swim event that’s probably not clean but that’s how it is…”, launched Ryan Murphy in the quick interview zone after a 100 meters final where he did not exceed bronze behind Rylov and the also Russian Kliment Kolesnikov. “I have to be clear, I never… My intention is not to make claims here. Congratulations, they did a great job, they are very talented swimmers, ”he said later in a press conference after the silver in the 200 meters again behind the same Evgeny Rylov. “It’s frustrating to know that there is a state-sponsored doping program and nothing is being done to stop it permanently,” said Briton Luke Greenbank, bronze medalist in this event.

Rylov wanted to circumvent the controversy. “I don’t know why, I always do the tests. I could never forgive myself if I had taken something. I don’t even know how to react to it, I never accused anything,” he repeated, in front of the most ardent defense of the Russian Olympic Committee: “Our victories are disconcerting for some of our adversaries. Yes, we are at the Olympics because we are entitled to it, Whether they like it or not.”

Swimming continues to be the world sport where the question of doping heavier, as had happened even more openly before with Yuliya Efimova, world champion and Olympic vice-champion in 2016 in breaststroke who was harshly criticized by several opponents (especially Americans). However, in the case of Rylov, who is also a police sergeant in the Moscow region of Lobnya, this is only one of the problems he faces. And this, at the limit, can do be excluded from all international swimming events. For now, and that’s for sure, we’ll have to find another hardware sponsor. All because he was one of the Olympic and world champions to parade in Vladimir Putin’s speech which marked eight years since the annexation of Crimea and which tens of thousands of people attended.

Days after Russian swimmer Evgeny Rylov appeared at a pro-war rally in Moscow, @speedo ends its sponsorship contract with the two-time Olympic gold medalist.
Speedo donates the balance of its sponsorship fees to the UN @Refugees agency, helping Ukrainians fleeing their homes. pic.twitter.com/gRCTx9iBr9

“Following his participation this weekend at the Luzhniki Stadium in Moscow, Speedo can confirm that he has terminated his sponsorship relationship with Evgeny Rylov with immediate effect. We condemn the war in Ukraine in the strongest possible terms and we stand in solidarity with the people of Ukraine, all our athletes and teammates who are affected by the conflict,” the leading competitive swimming brand said in a statement. And with one more thing: the money that should be the Russian athlete will be given to the UN Refugee Agency, “which at this stage is assisting all Ukrainians who are able to flee their homes in the face of Russian attacks”.

List of Russian athletes involved in a pro-war rally in Moscow:

The sanctions may not end there for the 25-year-old, at a time when the International Swimming Federation (FINA) is under increasing pressure to take action against Russian and Belarusian swimmers (or in this case, more measures). “FINA is very disappointed to see the news reporting the presence of Evgeny Rylov in the parade Friday at the Luzhniki stadium. We have opened an investigation to investigate the matter further,” said the body, which is one of the few to continue to allow athletes from Russia and Belarus to participate in its events as long as they compete as neutral, leaving open the possibility of cutting off this possibility and banning athletes “if their presence threatens the safety and well-being of the athletes or could compromise the conduct of the competition”. There is also the possibility of withdrawing the World Short Swimming Championships, which take place in December, in Kazan, and the International Olympic Committee has already requested speed on this subject.

Son of a former footballer who became a coach, Mikhail (hence his passage through the meadows before staying in swimming), Evgeny Rylov started very early in sport and stood out at the age of 17 at the Olympic Games in the 2014 Summer Youth with three gold medals and a bronze in his debut at the World Long Pool Championships the following year. In the already complete program the swimmer has, in addition to the two gold medals of Tokyo-2020, an Olympic silver (4×200, 2020) and a bronze (200 meters), eight medals at the Long Worlds in the pool, seven medals at the Short Worlds in swimming pool (all in 2018), eight medals in European Long Pool and one medal in European Short Pool, in addition to all the other podiums added in international competitions and by the Energy Standard International Swim Club.