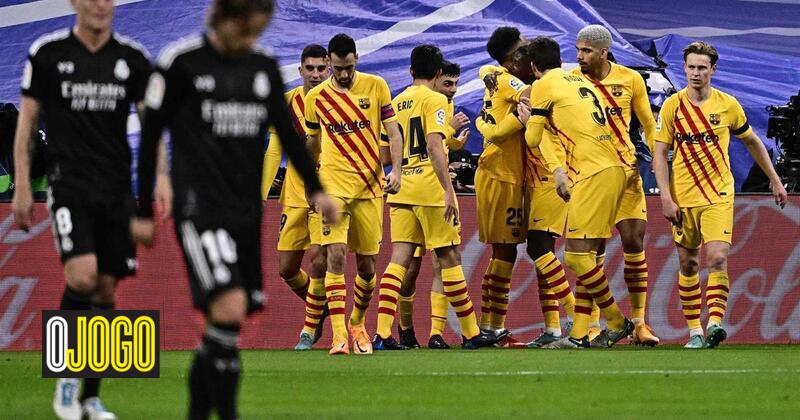 Thomas Muller reacted on social networks to the Catalan triumph by 4-0.

The “reborn” Barcelona beat Real Madrid, at the Santiago Bernabéu, by 4-0, and is already third in the Spanish Football League, with the second position already very close. The team led by Xavi returned to the great moments, in a season with many troubled moments, and even convinced Thomas Muller.

The German international striker, one of the figures of Bayern, left a message on social networks after the final whistle of the derby. “It was a pleasure to watch this amazing performance. ‘Hats off’,” read on Twitter.

The Catalans’ Matchday 29 win snaps a five-game classic run in Spanish football that has ended up tilting towards the current leaders, who, despite tonight’s defeat, are comfortably ahead with 66 points.

The fight for second place is in full swing, after another misstep by vice-leaders Sevilla who earlier drew at home to Real Sociedad. The Andalusians have 57 points, three more than Barcelona and Atlético de Madrid, with the Catalans having one game less.

In Madrid, Barça confirmed to be completely transformed, for the better, compared to the start of the season. The French Ousmane Dembelé was decisive in the first half, with an assist for the goal of the Gabonese Pierre-Emerick Aubameyang (29 minutes) and with the corner which led to the goal scored by the Uruguayan Ronald Araujo (38 minutes) .

In the second half, the visitors were fired up for the rout, with two more goals from Ferran Torres (49) and Aubameyang, again (53). Fans chanted again asking for the “manita”, which didn’t arrive.