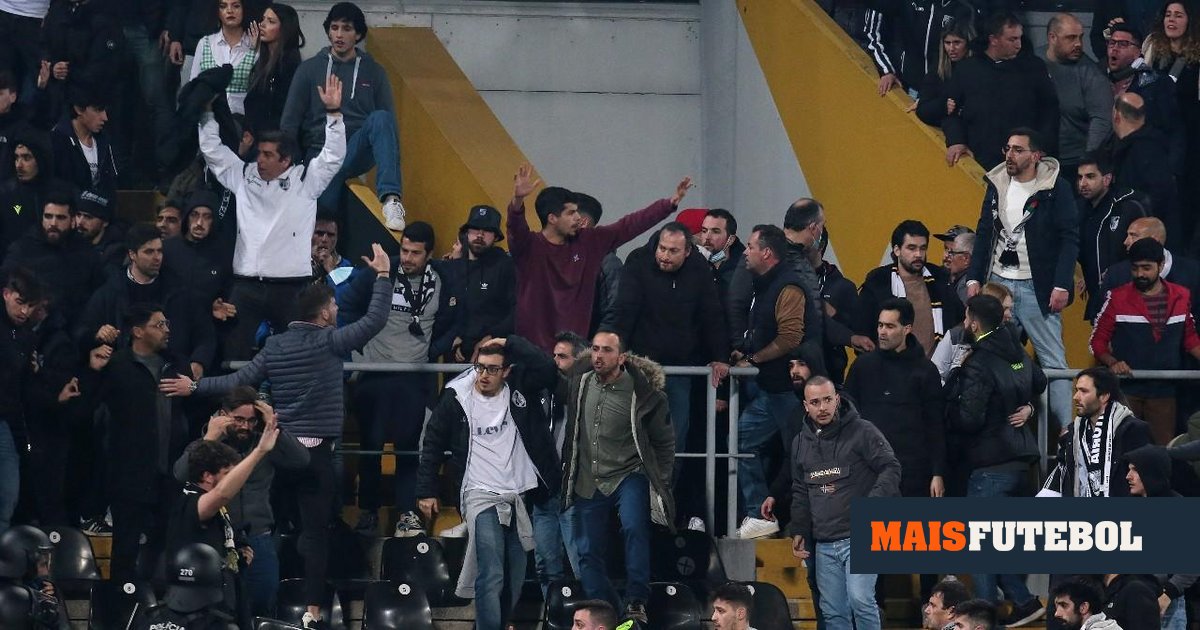 Sports footballer João Palhinha has asked parents to think and think “twice” before taking their children to the stadiums, following the scenes of violence in the stands of the Estádio D. Afonso Henriques.

At V. Guimarães-Sporting on Saturday night, the match of the 27th round of the I Liga was stopped for around six minutes, due to scenes of violence in the stands.

After the meeting, the vice-president of Vitória denounced the destruction of the safe in the Sporting supporters’ sector.

Regarding Father’s Day, which coincided with last night’s meeting, Palhinha expounded on the reflection, emphasizing that “education and training” is the greatest legacy that children can bring to life.

“Very happy with the win. Maybe that was another one to ignore, but as it was Father’s Day, I felt I just had to say a few words to a few of them, who were present at the stadium. You should look at your children when they come home and think: what example do you want to give them? Sad to see stadiums with incredible environments and with so much potential in our country and in the face of situations like today today [ndr: sábado]. It’s shameful to see young people aged 14, 15, 16 acting in the same way as their “idols”. Think and think twice about taking your kids to the stadium, if you’re going to have a certain attitude. I am still not a father, but I have no doubt that the education and training we leave to our children is the greatest legacy they will take with them for life,” the post reads. from the midfielder of the Lions, entered the field already after what happened, in the 86th minute, to replace Manuel Ugarte.