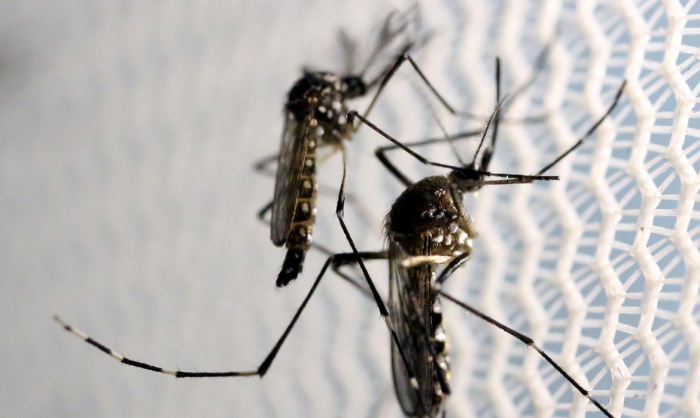 A survey published this Tuesday (03/15) by the Brazilian Society of Infectious Diseases (SBI) and the biopharmaceutical company Takeda revealed that 31% of Brazilians believe that dengue fever ceased to exist during the pandemic of the new coronavirus (covid- 19). This perception, however, contrasts with data from the Ministry of Health, which showed a 43.5% growth in the number of dengue cases, considering the first six weeks of this year compared to the same period last year.
The research Dengue: the impact of the disease in Brazil, heard by 2,000 Brazilians, by telephone, between October 19 and 30 of last year and was carried out by Intelligence in Research and Consulting (Ipec).
In addition to the 31% who think dengue has ceased to exist in the pandemic, a further 22% said the risk of illness has decreased. Of the reasons given for both situations, 28% said they had heard of the disease no more and 22% replied that “all diseases are now covid-19” and that there are no cases. dengue fever.
For the researchers, the fact that the Brazilian population considers that the disease has ceased to exist during the pandemic can lead to a relaxation of control and prevention actions, increasing the risk of contracting the disease.
– This reality revealed by research is worrying. With the urgency of the covid-19 pandemic, many infectious diseases, such as arboviruses (dengue fever), have been pushed into the background and even forgotten. We must resume discussion and care with dengue fever – warned Alberto Chebabo, doctor specializing in infectious diseases and president of the SBI.
Of the Brazilians consulted, 30% said they had had dengue fever and 70% said they knew someone who had the disease. Among those who have had the disease, just over half (55% of the total) said they had made changes to their homes to avoid the mosquito’s proliferation, such as improving the cleanliness of the yard, avoiding leaving standing water in potted plants and increase care with standing water.
Although research has highlighted that Brazilians are aware of the disease, there is still a lack of knowledge about its development and its forms of prevention and transmission. The form of contagion, for example, is not fully known to the population: 76% were correct, saying that it results from a mosquito bite, but 8% said they did not remember how transmission occurs and 4% mentioned that it occurs from nobody. to nobody nobody – which does not happen. In addition, six in ten respondents (59%) did not know how often a person can contract the disease. Only 2% recognize that dengue can be caught up to four times, since there are only four dengue subtypes: those who have had dengue fever caused by one type of virus before do not register a new episode disease with the same type.

Dengue fever is an infectious disease transmitted by the bite of the female Aedes aegypti mosquito and has four different serotypes. Whoever catches one guy is not safe from the others. The time of year with the highest disease transmission occurs during the wettest months in each region, typically November through May. The accumulation of stagnant water contributes to the proliferation of the mosquito and, consequently, to the greater spread of the disease, thus, warns the Ministry of Health, it is important to avoid stagnant water because the eggs of mosquitoes can survive up to a year in the environment.
In general, the first manifestation of dengue fever is a high fever above 38°C, which lasts 2 to 7 days, accompanied by headaches, body and joint pains, in addition to prostration, weakness , pain behind the eyes and red spots on the skin. Rashes and itchy skin may also occur. In some cases, it can progress to a severe form.
There is no specific treatment for the disease. The measures adopted are aimed at controlling the symptoms. Patients with suspected dengue should consult a doctor as soon as the first symptoms appear.