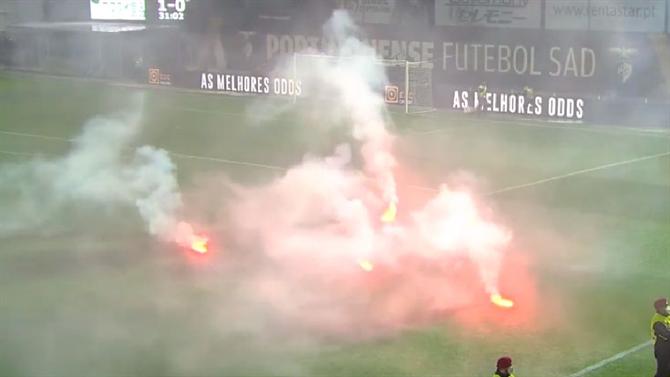 The interruption of Portimonense-Benfica on Saturday due to throwing of torches on the pitch by Benfica supporters resulted in a fine of 7,650 euros for the eagles (who will still have to pay 3,190 euros for the use of artifacts pyrotechnics in the stands), but the truth is that Benfica were very close to being able to suffer a much heavier punishment.

Indeed, according to League regulations, the interruption of a match for a period equal to or greater than 10 minutes, for reasons such as that which occurred in the Algarve, provides for the sanction of one to two matches behind closed doors. .

Precisely for this reason, Benfica, in its Monday newsletter, highlighted the exact stoppage time: “Sport Lisboa e Benfica regrets the interruption of the match played last Saturday in Portimão, still in the first half, during eight minutes and 24 seconds,” it read.

In other words, the reds escaped the heaviest penalty due to one minute and 36 seconds.