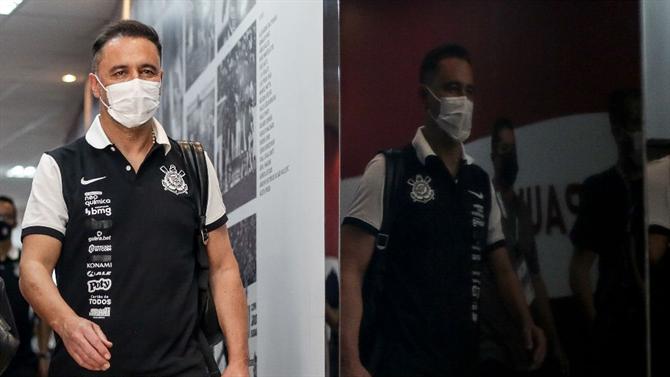 The Portuguese Vítor Pereira started with a defeat on the bench of Corinthians, in Morumbi, against São Paulo, the only goal of the meeting being scored at… 51 seconds.

“First of all, I think the goal at the start conditioned a bit. The goal at the start and the rain that fell, which you can’t control. The pitch was very heavy, which made it difficult for the player to move around. ball”, began by referring to the Portuguese coach, noting that his team entered blurry, contrasting with the opponent:

“São Paulo entered the game from the first minute. We were slow to react. When we reacted, we had already conceded the first goal. The ground became heavy and also conditioned the tactical aspect. We started to move the ball with more quality, we turned from one lane to another, we found spaces, we had interesting combinations, but São Paulo was always more comfortable because they were in advantage, with the possibility of defending lower and counter-attacking. ”

Vítor Pereira has not stopped remembering how little time it takes to work. “Obviously there’s a lot to fix. We’ve had five training sessions, three of them with the whole team. We know exactly what we need to improve. I take impressions and assess the players I have. ‘ai,” he pointed out, immediately considering:

“I didn’t come to Brazil thinking it would be easy. I know that the challenge is great, because of the travel, the temperature, the characteristics of the teams, but what we lack is time to work.