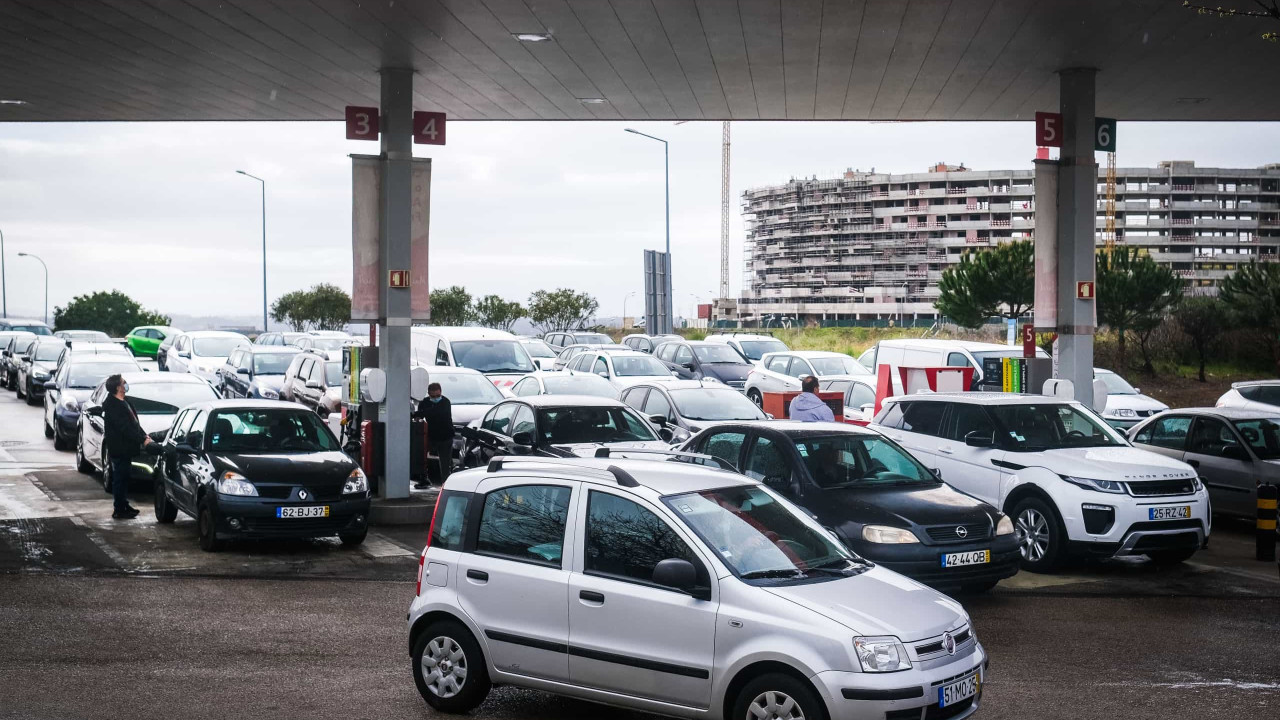 THEAfter the announcement of higher diesel and gasoline prices next week, with increases of more than 14 and eight cents per litre, respectively, lines of cars are constant at two Amadora gas stations, both in the low-cost segment (‘low-cost’) and always with a “stock” of both types of fuel.

At a gas station in Damaia, in this municipality in the district of Lisbon, Fátima Neves is waiting for her turn to fill up and, as she tells Lusa, she is very unhappy with the rise in prices.

“It’s one more [subida], it’s not? It makes no sense”, he laments, considering that the support announced by the government on Friday, to deal with the increases, are “soft chatter” from politicians who “always go into the pocket” of the Portuguese. .

Fátima Neves says that she does not understand that fuel taxes increase in proportion to the rise in the price of a barrel of Brent, the benchmark crude for Europe, and that the government should set a tax value and that variations in fuel prices are only subject to Brent increases and decreases.

“It is clear that the situation is critical, because it is a situation of war, but the bottom line is that it is deeply false, the government does not have to chase taxes because of absolutely exogenous variations “, he underlines.

For Fátima Neves, the situation is worrying, since, driven by rising fuel prices, the prices of other essential goods and services, such as transport, are also increasing.

At the same pump, Filipe Vieira shares the opinion that government support “is insufficient” and that the problem lies in the weight of fuel taxes, which represent around 60% of the final consumer price.

“I think the government should lower the tax on petroleum products and have a tax rate similar to that of Spain, it would be an effective measure,” he told Lusa.

At a gas station in Alfragide, also in the municipality of Amadora, the queues are even longer, with several dozen cars “stop-starting” until their turn.

There, Simão Fortuna says it is “normal” for fuel prices to rise, given the context of the war in Ukraine and the economic sanctions against Russia, even more “knowing where most of the world oil”.

The situation worsens for those who frequently have to make long journeys, as is the case of Catarina Salgado, a displaced student from the Lisbon region.

However, the young woman considers that support “is better than nothing”, but stresses that “there must be economic policies to fight against this type of situation”.

“For example, normally this type of tax is for cars that use gasoline and diesel, due to environmental measures. [podiam] reduce taxes on electric cars so that people buy more electric cars than diesel and petrol cars. I think that would be a good measure,” suggests the student.

Read also : Mitigation measures are “insufficient” and the solution is to reduce the tax burden