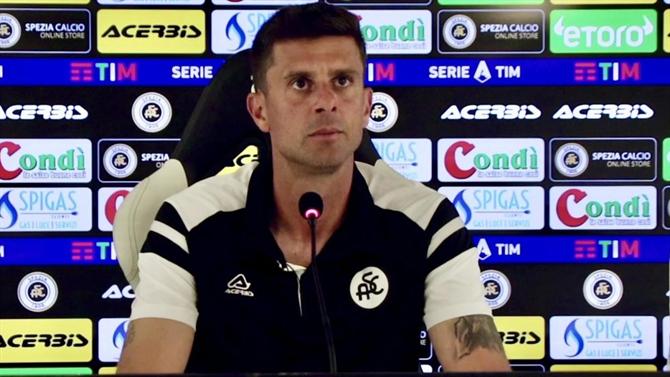 After the 0-1 defeat against Roma by José Mourinho, with a goal conceded at 90+9, on penalty, the coach of Spezia, Thiago Motta, was not lenient in his remarks, targeting the referee team, led by Michael Fabbri.

“Our team, even with one man less, controlled the game. Considering everything we did, the draw was the least we deserved. But let’s not complain, let’s not play the victim. Now we are waiting for an apology from the referee as has happened this season with the big clubs! If there are any doubts, they always whistle against us, it’s happened all season long. I understand that the pressure is mounting, the big clubs are starting to do that… We also pay our taxes, so we want the same treatment, ”he said at a press conference.